It all started when my friend George gave me a tee-shirt for my birthday, with the internal circuit of a Dekatron counter tube on it. The Dekatron was a 1950s piece of electronic wizardry, capable of counting to 10 with almost no external circuitry, as opposed to the numerous tubes that would be required otherwise. This reawakened my interest in retro-electronics, never far from the surface. A few years back I built several tube (valve) amplifiers, which I still use for daily listening, and I still have a well-equipped workshop for this kind of stuff. 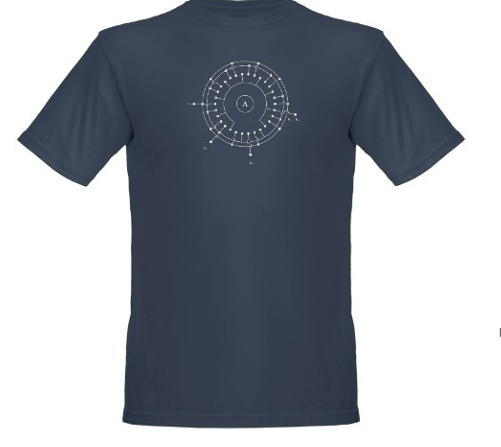 I'll gloss over the Dekatron, since hopefully I'll have something to write about that quite soon. But then one thing led to another and I started looking at things I could do with Nixie tubes. These are about the coolest thing in retro-electronics. They look like normal tubes but inside they have ten electrodes and can display any digit from 0 to 9 in an orange neon glow. When they first appeared, in the late 1950s, they were way too expensive for consumer equipment. They were used in laboratory equipment and the like. My school, in around 1967, had a Sumlock Anita calculator, the first electronic calculator, which used ten Nixie tubes to display its result (and some very clever tube-era electronics to do the calculations).

Now of course LCD displays are cheaper, smaller, and generally more convenient. There's no commercial interest in Nixie tubes. But they are really cool, and there are still lots of them about. The Russian electronics industry carried on making them for a lot longer, maybe even still is. They're available for $5-10 each for the common types. As a bonus, if you have friends who collect stamps, you get all sorts of interesting stamps with them from places like Moldavia and Ukraine.

Retro-electronics is all very well, but to do anything with these tubes you have to give them something useful to display, like the time. And that's where a partnership with modern electronics comes in handy. For one thing they run on around 150 volts. With 1960s technology, that would mean a big, heavy transformer and associated parts. Today, it can be generated with a few tiny components that fit into a square inch or so on a corner of a circuit board using a boost-mode switched power supply circuit.

Powerful microprocessors are now available for a dollar or so, so it's easy to generate something interesting to display. There are several kits on the market for digital clocks using Nixie tubes. I chose one from PV Engineering in England - it had the best looks in my opinion, and it didn't hurt that it is quite a bit cheaper than any others. It took a few days to arrive, and when I opened the package there were six never-used Nixie tubes, an empty circuit board, and a bag of components.

In anticipation of its arrival, I'd already cleared off my workbench - a project that had been waiting for at least a year. So the only thing left was to launch into its construction. I started on Sunday morning, and by an admittedly very late dinner time it was working and housed in the very nice clear plastic box designed for it. I suppose the total actual assembly time was about 4-5 hours. By far the most painful part was wiring the tubes themselves. Unlike most vacuum tubes they have wire ends which have to be individually soldered into place, and there are eleven of them (necessarily) on each. Actually there are 13, because two aren't used and have to be cut off. This is a bit nerve-wracking the first time, it would be so easy to cut off the wrong wires and be left with useless tubes. The total number of solder joints to be made is probably about 500, of which roughly half are for the tubes themselves and their associated wiring. But the instructions are excellent and make it easy to do everything step by step and even test things along the way. 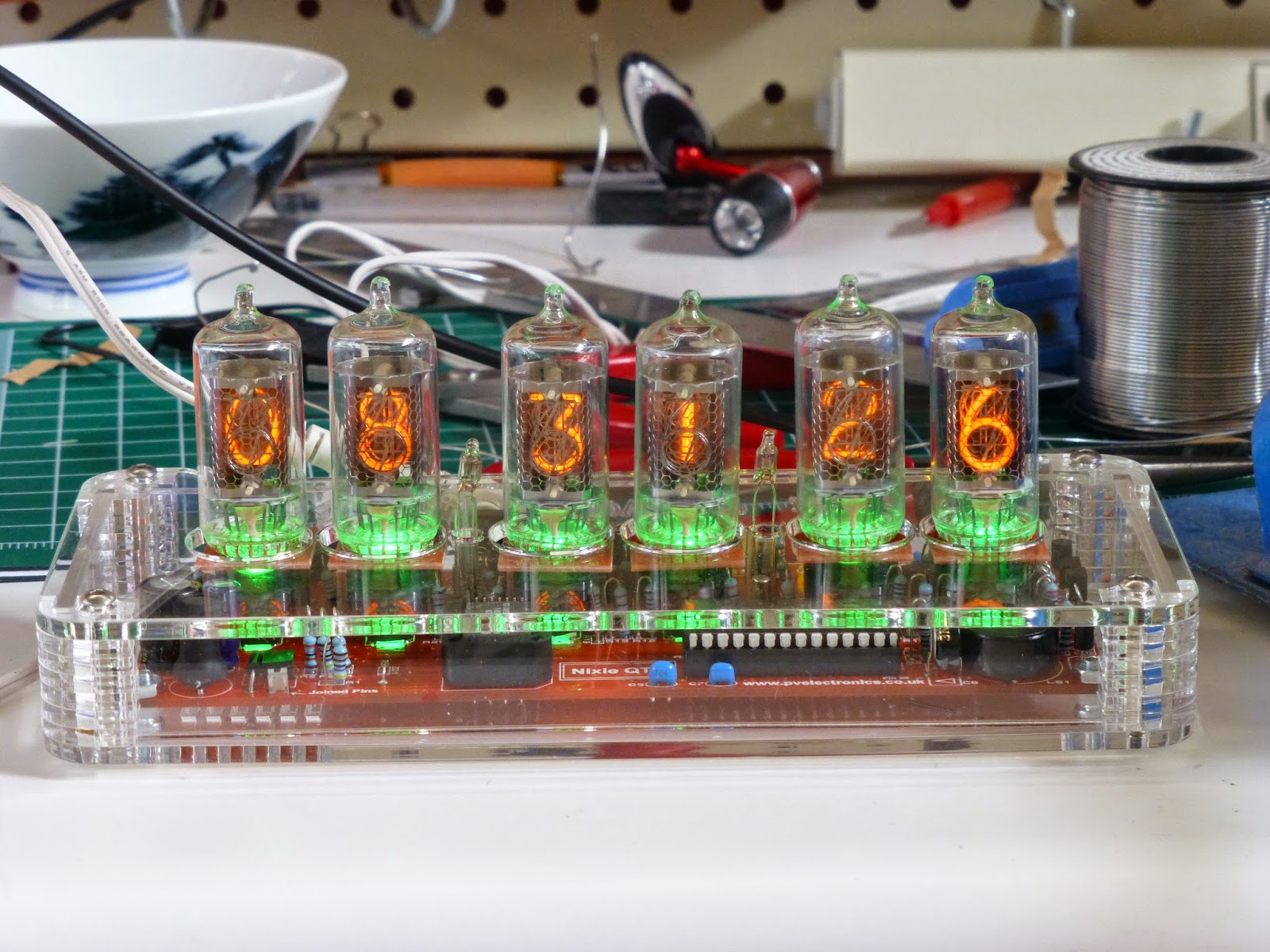 A Nixie-tube clock all by itself would be neat, but since it's controlled by a computer (one of the omnipresent PIC range - there are probably a couple of dozen in every car) it can do a lot more. At 50 seconds past every minute the digits all flash and spin, and it shows the date for a few seconds. There's an alarm clock. Underneath each tube is a three-color LED, with a nifty light tube made of shrink-wrap that shines up into the glass base of the tube. The color can not only be set, it can be set differently for each hour of the day and can be made to change slowly or quickly through the whole spectrum. It comes with a tiny GPS receiver which can be stuck onto a window and which ensures that it always shows the right time and date, even after a lengthy power outage. I wish all the other myriad household devices that include superfluous clocks were half as smart.

For now it's still sitting on my bench while I decide where I want it. It indeed looks very cool.
Posted by n5296s at 20:59 No comments: